What causes an ACL tear in children?

ACL injuries in children and teens are on the rise in the United States and are one of the most common injuries in pediatric sports medicine. Everyone’s perception is that these injuries result from a direct impact to the knee – but most of these injuries occur from a non-contact mechanism.  Athletes often tell the story of an acute cut, pivot and then “pop”. Additionally, female athletes are 3-5x more susceptible to ACL injury when compared to male athletes. ACL injuries can occur in any sport but typically result from soccer, football, lacrosse, basketball, gymnastics or skiing.  Dr. Armando Vidal, pediatric orthopedic specialist has extensive experience in treating kids who have a torn ACL and has published and spoken extensively on the results of these injuries and how to optimize outcomes. It is key that you choose a surgical team that is well versed in the specialized techniques that are required to perform these technical surgeries.  Additionally, your surgical team needs to work closely with therapists who will help ensure a successful outcome. If you live in Vail, Aspen or the surrounding Denver, Colorado communities, he can help your child return to the sport they love. 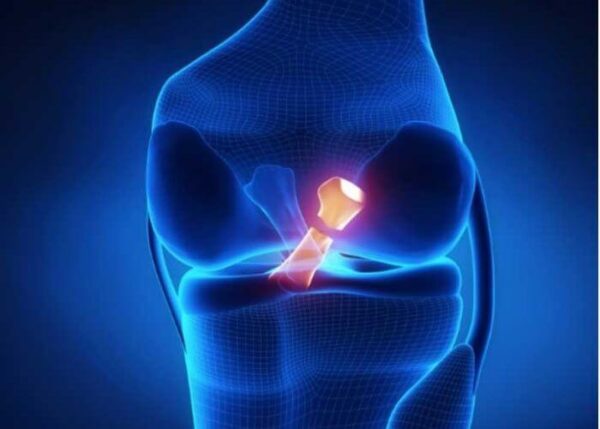 What is a revision (redo) pediatric ACL Reconstruction?

Technical: Graft tunnel position needs to be anatomic and failure to recreate the anatomy can put abnormal loads across a reconstruction.

Biologic: It is undisputed at this point that allografts (cadaver grafts) do not perform well in kids.  They have a 3-4x higher failure rate and with rare exception should be avoided. Despite this, some providers still use these grafts in kids and failure is not uncommon.  We favor patella tendon grafts in skeletally mature children or quadriceps tendon autografts in skeletally immature children.

Associated Other Ligament Injury: In addition to the ACL, there are a variety of other ligaments in the knee that provide stability.  The FCL, PLC, MCL and PCL can be compromised with the initial injury. Left untreated, laxity (looseness) in these structures can put undue strain on the graft resulting in stretching or tearing.  The function of these ligaments can be assessed with a thorough physical exam but often stress x-rays are required to fully assess their competence.

Alignment: There is increasing awareness that bony alignment is associated with ACL injury and specifically ACL tear.  Failure to evaluate alignment and tibial slope can result in failure of a revision reconstruction.

Meniscal Status: The menisci and meniscal roots have an important role in stability of the ACL reconstructed knee.  It is common for a failed ACL to have had previous meniscal surgery and meniscal deficiency or root dysfunction can coexist in this setting.

Rehab: Although the technical parts of ACL surgery are important, the therapy that ensues is just as important.  Failure to complete the entire ACL rehab and pass a return to sport test can put an athlete at risk for failure.

What is involved in an ACL revision?

Every case is unique and requires a specialized and personalized treatment plan.  Even if all you require is a “simple” revision of the ACL graft – having a surgical team that knows how to appropriately evaluate all of the components listed above and have the ability to address them or account for them in your treatment plan is key.  Preparation and decision making is the key to success and just as important as the technical aspect of the surgery itself.

Other procedures that may be necessary include:

Additionally, your surgical team needs extensive experience will all graft options.  Typically in the revision or multiply revised setting, one or more graft options are compromised and versatility with alternative graft sources is needed.

Dr. Vidal has extensive experience in this field – both pediatric ACLs and revisions.  Additionally, he is very experienced in the additional complex procedures that may be necessary in this context.  Patients from Denver, Boulder, Vail, Aspen and Colorado communities can call for an appointment or to have images reviewed if their ACL reconstruction has failed.

How is ACL reconstruction different in children than in adults?

Dr. Vidal does not take revision cases in pediatrics lightly. In addition to the issues highlighted above, kids have the added complexity of an open growth plate. Special care needs to be given with the evaluation, diagnosis and plan for proper rehabilitation these patients. For patients in Vail, Aspen and the surrounding Denver, Colorado communities, having an experienced complex pediatric sports medicine surgeon is vital.

Adolescents have differing “bone age” depending on the growth plates and if they are open or closed. Open growth plates in pre-pubescent kids will require a different procedure of securing a new graft than adults or older children. The most common graft used for revision surgeries in kids is an autograft (from the patient’s own body). Dr. Vidal can discuss the best options for your child if a new graft is needed.

ACL injuries are one of the most common knee injuries in both adults and pediatric patients. Reconstruction surgery for previous injuries may fail, however, causing a return of symptoms. In this case, it is recommended that your child receive another procedure to repair the damage. Pediatric ACL surgeon, Doctor Armando Vidal provides diagnosis as well as arthroscopic surgery for patients in Vail, Aspen, and the surrounding Denver, Colorado communities who are experiencing a return of symptoms after a failed ACL surgery. Contact Dr. Vidal’s team today!